Back In The Sud

There is something rather unsettling about walking about in minefields. It’s that whole your next step could be your last one on two legs, or even alive, kind of feeling. You know the one. It’s the kind of feeling you get after you have just sat down at the cinema to watch “The Return Of The King” or some other epic 3 day long movie, and you start to wonder if you locked the front door or not. You’re sure you did, you always do after all, but then again you can’t quite be 100% certain on that. It’s the kind of annoying feeling that makes you give up, go home, and check. 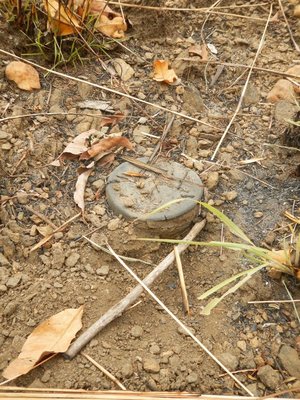 Now my job is to see to the effective and safe clearance of this kind of thing, but for me the feeling never goes away. For those who don’t yet know, I don’t clear the land myself, that would take forever. The minefield I am working in at the moment is some 19 million square meters (or 19 square kilometers which doesn’t sound nearly as impressive) and that would take me a very long time indeed. By a rough estimation I could get this cleared in about 1,000 years working non stop. Now while I am a big fan of full time employment, even I have my limits. So we employ locals to do the finding part, for economic and other reasons. People like myself are employed to plan and oversee the execution of the plan, and then deal with the items that are found. The downside of that is we have to trust that the locals are doing their jobs correctly, and sometimes all I can really trust them to do is pick their nose.

This may seem a little unfair, and for some it could be a rather mean generalisation. They are not all obsessive nose pickers after all. Some days I liken it to working with 5 year olds. They seem to have the attention span of a goldfish, the work ethic of a career local council stop/go sign holder, the resolve of the French Army in the 1900’s and the intelligence of Baldrick from Blackadder Goes Forth. These are the people I am relying on to clear the ground, the people I am relying on to keep each other safe, and the people I am relying on to find everything that has been planted in this area. Can you see where that feeling is coming from now?? Add to this the fact that the SAF seemed to be from the school of random minefield plantings, and it could make you really really nervous. As a rule when Armies are planting defensive land mines they tend to do it in an organised fashion, so you don't take out your own people which, I am reliably informed, is rather frowned upon. So lines on mines will be planted in strategic positions and diligently mapped out in order to provide safe access for those in the know, and a rather surprising time for those who you wish to keep out. The SAF and the SPLA however, tended to just scatter them randomly around the area like they were setting up for an Easter Egg hunt. There is no rhyme or reason to the laying of these fields. Some places will have a large number of mines in a small area, and others will have just one in a big field. I guess it depended on how energetic the team of planters were feeling when they went out with their box of mines. I could almost guarantee that the areas around the largest trees will be heavily contaminated, as they will have slept there all day and then quickly emptied their supply before heading back to see what is on for tea. 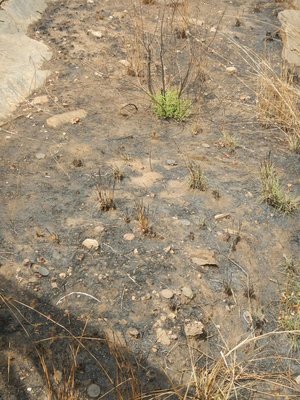 Spot the Landmine - There is more than one in this photo.

I am back in Sudan and it is good to be here for a few reasons. Firstly when we were in Iraq myself, Gaz and Miss Fire would reminisce about how good it was to work here. (Yes that’s how frustrating the Iraqi’s were, the Sudanese seemed positively brilliant in comparison.) So it was nice to get back here and remember just how frustrating it can be. However there was one main reason I was excited to get back. It wasn't for the beans, random meat and rice. It wasn't for the dust. It wasn't for the rubbish and random people shitting everywhere. It was because I was positively looking forward to getting a video of children breaking rocks to sell for gravel out the front of the UNICEF building in Juba. The UN is not my favourite organisation and I certainly don’t hide my opinions about them. They seem to excel at …………... well nothing really. The fact that UNICEF had children working outside their office was a great example of this. All talk and no action, that’s the UN. So I drove down to the spot and got out of the car ready to take my video and become an overnight YouTube success (and no doubt argue with the locals with regard to appearance fees) when I had to stop. For you see it seems that in this case the UN had taken some action to remedy the problem. I was impressed to say the least; maybe they are not so bad after all.

The children are still there, they certainly haven't gone away, and they are still breaking rocks to sell for gravel. The UNICEF building however had moved down the road and around the corner.

Now if that doesn’t tell you what the UN is really like then nothing will.

Posted by Dangermouse 11:42 Archived in Sudan

Comments on this blog entry are now closed to non-Travellerspoint members. You can still leave a comment if you are a member of Travellerspoint.

If you aren't a member of Travellerspoint yet, you can join for free.